The Impact of Digital Technology on Sexual Addiction 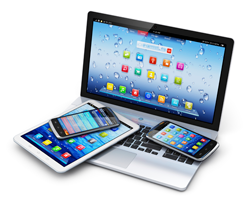 In today’s world the Internet is pretty much ubiquitous. Nearly everyone owns a computer, laptop, pad, smartphone, or whatever – all of which provide a level of interconnectivity and access that was almost unthinkable as little as ten years ago. Because of this, we now have endless opportunities for social interaction and almost limitless access to information and entertainment. Unfortunately, for some people certain forms of online content can be addictive. This is especially true with intensely arousing “sexnologies” like digital pornography (still images and videos), hookup websites and smartphone apps (Skout, Tinder, Ashley Madison, and the like), sexualized chat (text and video), virtual reality sex worlds, and much, much more.

Porn, of course, is merely the tip of the sexnology iceberg. These days it is entirely possible to meet a potential sex partner using a smartphone hookup app, to flirt with that person via texts and sexts, to be sexual with that person via webcam and teledildonic devices, and then to brag about the encounter by posting on Facebook, Twitter, and other forms of social media. And the person with whom you’ve had this torrid sexual fling has never even been in the same room with you, because the entire interaction has taken place online. In fact, he or she might not even live on the same continent.

The deeper one looks at digital technology, the more obvious it becomes that anyone who is looking for highly arousing sexual content and willing sexual partners both can and will find an unending supply. On the one hand, this is pretty darn cool, since the backyard dating pond of yesteryear is now a big giant ocean. On the other hand, this unlimited access can be incredibly problematic for individuals predisposed to addiction. For most people, of course, accessing pornography, willing sexual partners, and other digital sexual activities is a source of temporary pleasure and amusement. However, those predisposed to addictive behavior patterns can easily find themselves lost in an escalating, obsessive quest for “more, different, and better.” Rather than using sexnology for fun and amusement, these people use the emotional intensity it provides as a way to escape and dissociate from uncomfortable emotions, life stressors, and the pain underlying psychological conditions such as depression, anxiety, attachment deficits, unresolved trauma, and low self-esteem. Over time, repeatedly engaging in such behaviors can become compulsive and develop into an addiction.

Research conducted in the 1980s, before the Internet, suggested that 3 to 5 percent of the adult population struggled with addictive sexual behavior – mostly adult men who were hooked on video porn, affairs, prostitution, old fashioned phone sex, and similar activities. More recent studies and a great deal of anecdotal evidence indicate the problem of sexual addiction is growing more common in both adults and adolescents, and more evenly distributed among males and females. There is no doubt whatsoever that these changes are directly related to the easy, affordable, and anonymous access to pornography, willing sexual partners, and other highly arousing sexual activities that the Internet and other forms of digital technology provide. In other words, as digital technology has increased people’s access to potentially addictive sexuality, mental health professionals have seen a corresponding increase in the number (and variety) of people struggling with sexual addiction. It’s just that simple.

Robert Weiss LCSW, CSAT-S is Senior Vice President of Clinical Development with Elements Behavioral Health. A licensed UCLA MSW graduate and personal trainee of Dr. Patrick Carnes, he founded The Sexual Recovery Institute in Los Angeles in 1995. He has developed clinical programs for The Ranch in Nunnelly, Tennessee, Promises Treatment Centers in Malibu, and the aforementioned Sexual Recovery Institute in Los Angeles. He has also provided clinical multi-addiction training and behavioral health program development for the US military and numerous other treatment centers throughout the United States, Europe, and Asia.