The half-lived life is really organized and supervised, and it is the domain of “The False Self” or our Persona, which is the Greek word for mask. It was responsible for negotiating the first part of your life, not without some losses, pain, a few broken hearts and many broken promises. It protected you and me the best it knew how. It was the one who became the captain of the football team but longed to be in Glee club, the hero and leader who just wanted to follow, a peacekeeper who wished they could raise hell, the class clown who wanted to be a track star and later the chairman of the board who was extremely bored, the dutiful son and daughter who dreamed of chaotic rebellion. It was also this same false self that became the workaholic, addict, abuser, criminal, complainer, victim, codependent and one raging person. It was this one who was tirelessly chasing after money, power, prestige, value, appreciation and validation from people who were not capable of giving it and ended up with a half-lived, disappointed and even despairing life.

It is this false self who wants, wishes, dreams and lives in a fantasy world but it is the “True Self” that whispers, “I don’t really want this.” St. Paul says in Romans, “I do not understand what I do. For what I want to do, I do not do…” and one of my favorite Spanish poets, Juan Ramon Jimenez, comments on this separation very eloquently:

I am this one

walking beside me whom I do not see,

whom at times I manage to visit,

and whom at other times I forget;

the one who remains silent while I talk,

the one who forgives, sweet, when I hate,

the one who takes a walk when I am indoors,

the one who will remain standing when I die.

In the second half of life, in order to come out of passivity and the implicit pain it constantly presents, we have to separate the false self from the real, hopefully without the catalyst of some near death or great loss experience. In other words, we go gently into the time we have left having had enough losses to last a lifetime or two.

Great spiritual teachers, poets, philosophers and dreamers have been dropping bread crumbs for centuries that if followed will lead us to build a new, efficient home on solid rock instead of residing in the one a young man or woman built on shifting sand.

While I can’t put myself in the company of the above mentioned great guides I can drop a few hints of my own on how to participate in this great divorce proceeding where the false self is occasionally realized and released and True Self is a free person to unite with whatever feels right and thus living a full life.

The True or Real Self that you and I are and always have been will now be seen more and more often as it allows the next chapter of our lives to unfold a good deal more gracefully than the first. By being receptive and letting some magnificent intelligence drive the bus, we can count on a safe, satisfying, sensational arrival. We no longer have to visualize, affirm, try, work or even pray for our life to become what we really want because the Real Self is acceptant of where we are and knows where we need to go and what we need to do and whom we are to take with us and is not waiting on anything except our ever increasing ability to trust.

The journey we are choosing to take must be first an emotional one and what we have been taught is we must take outward action first. Most of what we were told by well-intentioned people was taught themselves by false selves. When we hear a True Self speak—Jesus, Buddha and living women and men masters, their words ring true in some part of us that doesn’t have a name but is often referred to as soul, heart or spirit.

The True Self is synchronized with something eternal, something all-knowing, and when we are living from this place coincidences pop up mysteriously, our life circumstances start changing, doors open, money comes, people are sent and all we have to do is surrender our passive, false selves and drink it in knowing the glass is always refilling itself from some underground or unconscious source.

Unfortunately many people reading this think that surrender equals giving up or that it is a form of weakness or loss of power. The kind of surrendering the wise ones are modeling for us knows that it is through conscious surrendering that we connect with the source of ultimate and benevolent power which will allow us to become even more compassionate. Surrendering is the most active process we will ever engage in because it calls upon everything in us; forcing us out of denial and dead-end patterns that proceed to nowhere. Surrendering requires that whole being let go of rigid thinking, old angers, stress, tension and most of all passivity.

Every good self-help, Holy book, psychology text, personal growth workshop, therapy session and sermon you have ever been exposed to at its core is trying to teach us about letting go of the False Self and thus living a fully-lived life.

The surrendering I am speaking of here lets, allows, receives and prepares us to open up to new people, places, possibilities, projects, ideas, and most of all, an abundance of energy. The poet, William Blake says, “Energy is pure delight,” and a full life is all about energy to be used to love, display compassion, creativity and heightened consciousness and awareness of ourselves and others. The True Self has more than enough energy and enthusiasm to go into the next chapter of our lives. Now as the poet, Mary Oliver says, “What do you plan to do with your one, wild, precious life?” The answer I hope to give now no matter how dark the world sometimes seems to be, “I’ll take the fully lived life. Thank you.” 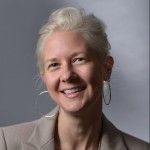 real self, true self