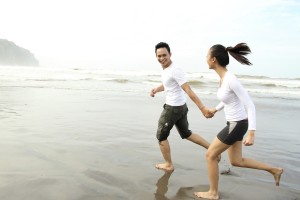 Though sexual addiction is now readily accepted as a real and debilitating disorder by much of the general population and the media, it is not yet an official psychiatric diagnosis. In fact, the DSM-5 was published last year without even mentioning sexual addiction – this despite a proposed hypersexual disorder (sexual addiction) diagnosis prepared at the APA’s behest by noted psychiatrist and Harvard Medical School instructor Dr. Martin Kafka.

The data reviewed from these varying theoretical perspectives is compatible with the formulation that Hypersexual Disorder is a sexual desire disorder characterized by an increased frequency and intensity of sexually motivated fantasies, arousal, urges and enacted behavior in association with an impulsivity component – a maladaptive behavioral response with adverse consequences.

In plain English, Dr. Kafka concluded that hypersexual disorder (aka, sexual addiction) is incredibly similar to alcoholism, drug addiction and compulsive gambling – all of which are “APA approved” addictive disorders. In short, he confirmed what sexual addiction treatment specialists have been saying for years – that there are three main components to sexual addiction:

Nevertheless, the APA chose to ignore Dr. Kafka’s presentation of the facts, excluding, without explanation, hypersexual disorder from the DSM-5.

There are several arguments posited against the “legitimization” of sexual addiction. The primary concern expressed by anti-sex addiction therapists is that a diagnosis of sexual addiction is sex negative. These clinicians seem to fear that sex addiction therapists might become the new sex police, imposing moral, cultural, or religious values on sexuality, thereby creating a narrow version of sexual health. Sadly, there really are moralist and/or highly religious therapists who label clients as sexually addicted based more on their personal beliefs (against homosexuality, casual sex, pornography, fetishes, etc.) than any clinical reality. This despite the fact that sexual addiction has nothing whatsoever to do with who or what it is that turns a person on. Importantly, a clear diagnosis adopted by the APA would prevent such abuses. And the APA well knows this!

Of note: In general the APA is pulling away from use of the word addiction, even though this is the language most often employed not just by therapists but by addicts themselves. Even drug and alcohol addiction have been renamed in the DSM as “substance use disorder.” (Perhaps this is why Dr. Kafka opted for the term hypersexual disorder instead of sexual addiction.) But even with the APA inexplicably avoiding use of the word addiction, there is no credible reason for excluding hypersexual disorder from the DSM-5.

There are many theories about why the APA has chosen this path, the kindest of which is that the organization feels there is not yet enough scientific research proving that sex can indeed become an addiction (or a “use disorder”). If so, this means they flat-out ignored the rather conclusive analysis provided by Dr. Kafka. Nevertheless, this does appear to be the crux of the APA’s reasoning.

If the APA is pretending there is not enough research for a sexual addiction diagnosis, they’ll need to surrender their untenable stance sometime soon, as three rather definitive studies have come out since the publication of Dr. Kafka’s proposed diagnosis, all of them strongly supporting the idea of sexual addiction as a very real, debilitating and treatable disorder (much like other APA-approved forms of addiction).

First came a diagnostic criteria field trial testing the accuracy and efficacy of Dr. Kafka’s proposed diagnosis. The study found that his hypersexual disorder criteria were indeed well-crafted, correctly identifying 88% of self-identified sexual addicts. More importantly, the diagnosis was 93% accurate in terms of negative results. These levels of accuracy are actually quite high in comparison to most other psychiatric diagnoses.

Next we have an attentional bias study, looking at whether self-identified sexual addicts are mentally/emotionally distracted by sexual stimuli in the same ways that self-identified drug addicts are mentally/emotionally distracted by drug-related stimuli. The study found with certainty that yes, indeed, this is the case. This research provides an indisputable link between the minds of sexual addicts and substance addicts.

The third and by far most important piece of research is an fMRI (imaging) study showing that the brain activity of sex addicts, when they are shown pornography, mirrors the brain activity of drug addicts when they are exposed to drug-related imagery. This research conclusively shows that sexual addiction not only exists, but that it manifests in the brain in profoundly similar ways to more readily accepted forms of addiction like alcoholism, drug addiction and gambling addiction.

The Beat Goes On…

One might think that in the face of this new research, the APA would finally relent and include hypersexual disorder as an official diagnosis with its first set of amendments to the DSM-5. However, this is unlikely to occur. The organization seems to have dug its heels in on this issue. Eventually they will have to relent, as public hue and cry will force the issue (much as public sentiment once forced the removal of homosexuality as a mental illness, and the inclusion of substance abuse as an official diagnosis). Until that finally occurs, those of us who treat sexual addiction will continue to do so, using the tried and true methods that have proven effective with this and various other addictions.