Diagnosing Sexual Addiction, Part One: Casual vs. At-Risk vs. Addicted

There are three main criteria for the diagnosis of sexual addiction: 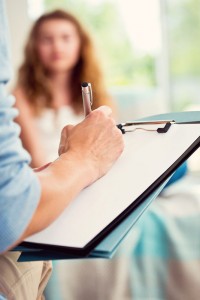 Although these criteria seem (and are) rather straightforward, it can nevertheless be difficult to distinguish sex addicts from people who are only at-risk for sexual addiction, and sometimes even from mere casual users of sexuality. This difficulty arises for those who are truly addicted, for their loved ones, and even for clinicians.

Sometimes understanding the basic definitions of casual, at-risk and addicted sexuality can help to clarify.

One common issue with sex addicts is that they are usually not willing to be completely honest about their sexual fantasies and behaviors. In fact, they are typically excellent liars – to both themselves and others – about their hidden patterns of sexual behavior. As such, it is not at all unusual for a sexually addicted client to cover up elements of his or her sex life even in therapy.

If you have a client who seems to be keeping secrets from you and/or others about his or her sexual life, no matter what that person’s presenting issue is, then the topic is absolutely worth further exploration. (Sex addicts often seek help for their addiction’s co-occurring symptoms, such as depression and/or anxiety, hoping to not address the addiction itself.) In such cases, there are specific questions that can be asked to help uncover the nature and extent of the client’s sexual fantasies and behaviors, and to determine if these fantasies and behaviors are out of control and causing negative consequences in the person’s life. This will be the topic of my next posting to this site, or, if you’re in a hurry, you can use this confidential sexual addiction screening quiz as a guide.

Robert Weiss LCSW, CSAT-S is Senior Vice President of Clinical Development with Elements Behavioral Health. A licensed UCLA MSW graduate and personal trainee of Dr. Patrick Carnes, he founded The Sexual Recovery Institute in Los Angeles in 1995. He is author of numerous books, including Cruise Control: Understanding Sex Addiction in Gay Men and Always Turned On: Sex Addiction in the Digital Age (co-written with Dr. Jennifer Schneider). He has developed clinical programs for The Ranch in Nunnelly, Tennessee, Promises Treatment Centers in Malibu, and the aforementioned Sexual Recovery Institute in Los Angeles. He has also provided clinical multi-addiction training and behavioral health program development for the US military and numerous other treatment centers throughout the United States, Europe and Asia. For more information you can visit his website, www.robertweissmsw.com.