The truth will set you free, but first it will piss you off. —Gloria Steinman 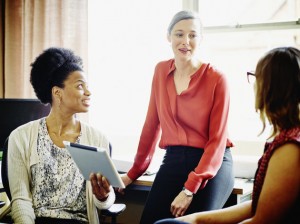 Are you aware that most drug studies are conducted on men? This has been true for testing even “routine” medications that are taken by both women and men. The reason always given is that women are more complicated because of … wait for it … their hormones. This makes women’s reaction to any medication more variable than men’s. So rather than invest in a more complex study design, companies have routinely taken the cheap way out and just studied men.

Pharmaceutical companies have gotten away with this, even though women are 51 percent of the population.  Why, because women as a group haven’t commanded and demanded the attention every one of us deserves.

Women Go Along to Get Along

You’re tired from working during the day and coming home to your second shift. You struggle to make ends meet with lower pay than men. You feel pressured to magically stay young, beautiful, and appealing to your intimate partner forever. So it’s no wonder you aren’t ready to enter into another fight.

An unfortunate effect of internalizing society’s messages about being the good girl into your personal toxic soup of girly thoughts is this complacency, this belief that it’s better to go along to get along. Yet not speaking up has led to some ridiculous outcomes, including acceptance of nonsensical protocols for drug studies.

Why Are Men Used to Test for Drug Interaction for Addyi?

The drug interaction study for the new libido-enhancing drug just for women, Addyi, was tested in clinical studies on 23 men and only 2 women.

An article titled “Sexism In the Doctor’s Office Starts Here” discusses the common practice of testing pharmaceuticals on a significantly larger percentage of men than women. And this is nothing new: “Women have been excluded or underrepresented in medical and scientific research for as long as those fields have been studied.”

The statistics you’ll read in this article are staggering.

It’s time for women to stop accepting this sexist practice.

You don’t have to be the “good girl” and just accept a drug company’s word that a medication is safe for you. Instead:

Imagine 51 percent of the population—women—asking these simple questions. Yes, change can happen if we all begin to challenge our toxic girly thoughts one conversation at a time.

Remember, you’ll find more ideas for getting rid of your negative self-talk in my latest book, The Girly Thoughts 10-Day Detox Plan: The Resilient Woman’s Guide to Saying NO to Negative Self-Talk and YES to Personal Power

51%, Addyi, asking questions about your health, drug companies, getting mad, Gloria Steinham, going along to get along, good girls, lack of testing drugs on women, libido-enhancing drugs for women, making less money than men, second shift, sexism, speaking to your doctor about if a drug has been tested on women, speaking to your investment advisor about drug testing practices of companies in your portfolio, staying magically young, toxic 'girly thoughts', using mostly men in trials for women only drugs, women's health