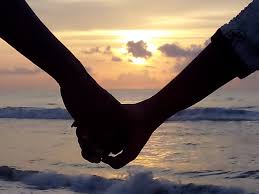 Nurturing someone, helping them to grow and change for the better, is part of a loving relationship. People in healthy relationships often say that over time, their partner has helped them become a better person. But when nurturing turns into an obsession, it becomes a kind of over-parenting without the growth. The idea of a nurturing obsession is not to make the partner happier, but to make them more dependent.

Obsessive nurturers are drawn to people they believe they can save, fix, or change. This is more common for women, who tend to be caretakers anyway, but men certainly do it too. The nurturer believes if they just love this person enough or do enough for them, they will be able to mold the relationship of their dreams. But there’s another reason as well: If you nurture a needy person, they will become dependent on you; and if they are dependent, they will never leave you.

The reasons people become obsessive nurturers are complex. Many came from what therapists call a “parentified” family, where needy parents can’t meet the emotional and sometimes even the physical needs of their children. The child feels rejected by their emotionally and physically unavailable parents, and believes that if they can save their parents, the parents will not abandon them. So child becomes a kind caretaker, in a desperate attempt to keep the parents engaged.

This role reversal is common in families where there is neglect, abuse, alcoholism, drug addiction, divorce, or where one parent has died and the remaining parent turns the child into a substitute partner.

When the child grows up, their adult relationships represent the family they grew up in. They are attracted to partners with problems, so that they can finally symbolically fix their parents. They are motivated by an extreme fear of the same rejection they endured as children, and subconsciously believe they can heal their childhood wounds by nurturing a needy partner.

The obsessive nurturer becomes overly responsible for their partner financially, emotionally, physically, and in every way possible, leaving the nurturer drained and frustrated. They never get back as much as they give, but they just keep thinking that if they give more, they will finally get that fantasy perfect relationship they long for.

We attract and are attracted to people who share our view of the world. That means people who are willing to give endlessly, often with little in return, tend to attract people who are happy to take endlessly and give back very little. At the very least, obsessive nurturers end up preventing their partners from growing and making the changes they really need to make. At the very worst, they end up with partners who are charming, manipulative, lying sociopaths.

I was one of those people. I married a recovering alcoholic, and although I know from my work in addiction that relapse is always possible, I chose to file away that knowledge somewhere very deep. After we had been married five years, my husband did relapse. As a clinician I know the signs very well—staying out all night and not calling, smelling like alcohol (and swearing it’s cologne), angry outbursts, running out of money—but I just explained them away.

When I could no longer do that, I believed my love alone would save my husband. I put him into rehab several times, only to be disappointed by his continued relapses and his constant lying about it. He never followed up on his promises to go to Alcoholics Anonymous meetings, get a sponsor, or seek therapy. And yet, I somehow continued to believe that I could “love his problem away.”

But by making excuses for him and supporting him when he could no longer work, I was enabling his addiction. He had relapse after relapse. He lied to me about using. He didn’t keep his promises. My obsessive nurturing never changed him; and it didn’t help him, either. When I finally realized that and divorced him, he hit his own proverbial bottom. It’s what we both needed to grow and become better people.

Take Sherry’s quiz to find out if you are a love addict. You can find her new book, The Marriage and Relationship Junkie: Kicking Your Obsession here. To learn more about Sherry Gaba and her work, visit www.sherrygaba.com.