What Everyone Should Know About Post-Traumatic Stress Disorder 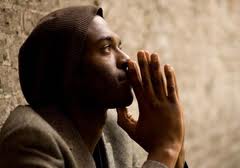 Sherry Gaba LCSW, Psychotherapist, Life, Love & Recovery Coach is featured Celebrity Rehab  on  VH1. Sherry is the author of “The Law of Sobriety” which uses the law  of  attraction to  recover from any addiction. Please  download your free E book “Filling The Empty  Heart” and your “Are You a  Love Addict Quiz?” at www.sherrygaba.com Contact Sherry for  webinars, teleseminars,  coaching packages and speaking engagements. Listen  to Sherry on “A Moment of Change with  Sherry Gaba” on CBS Radio Take  Sherry’s quiz for a free eBook Filling the  Empty Heart: 5 Keys to  Transforming Love Addiction.

Although post-traumatic stress disorder, most commonly known as PTSD, is one of the most talked about mental health issues in today’s media, most people really don’t understand what it is. In fact, many people associate PTSD with incredibly horrific events such as those experienced by the soldiers returning from deployment in war torn areas of the world. While war, violent crimes and tragedies causing death or serious injury can certainly trigger or cause PTSD there are much less horrific issues that can also be traumatic events in anyone’s life.

Some groups of people are more at risk for PTSD than others, but there isn’t a direct connection between factors and development of PTSD. The most common issues mental health experts believe are linked in some way to a diagnosis of PTSD include the amount of trauma and fear in your life, your ability to handle stress, family history of depression and anxiety as well as the severity of these factors. Most researchers believe it is a combination of these factors that is the biggest indicator for developing PTSD after experiencing or feeling threatened by trauma.

Typical symptoms of PTSD do not happen immediately but usually take at least three months to a year or more to appear. There are three major groups or categories of symptoms that can occur and they include:

Intrusive memories – these are unwanted memories or flashbacks that occur at random times seemingly without triggers. It can also include frequent or repetitive bad dreams that focus on past trauma or traumas.

If you are experiencing any of the symptoms described above talk to a counselor, therapist or your doctor immediately. Early treatment of PTSD is very helpful in getting back to your positive, happy life as quickly as possible.