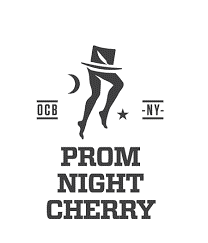 The  label depicts a pair of women’s legs wearing a man’s top hat. The new craft brew from Oval Craft Brewing is named Prom Night Cherry. And it is a cause for alarm among the community members of Plattsburgh, NY, parents, educators, and leaders, who work tirelessly to make prom night enjoyable and safe for all.

This type of advertising has reared its ugly head on numerous occasions, but this one is a little more disgusting than most. The sexualizing of young girls is a cause of concern for all women—teens, mothers, grandmothers—and the men who care about them because it creates a standard of worth that involves “putting out” in order to be seen as desirable—not an action any of us, let alone a virgin, would enjoy.

Over time, when bombarded by both subtle and graphic messages such as this, young girls internalize these societal message of what a desirable woman looks and acts like into a toxic soup that I’ve dubbed girly thoughts.

The blatant sexual innuendo here is that when a girl has intercourse for the first time, she “pops her cherry”; prom night is often depicted in popular culture as an opportunity for sex. Oval Craft Brewing’s description of the beer as “light and easy to consume” is another sexual innuendo. Such a suggestive name and label undermines the efforts of parents and community leaders to make Prom Night (and every night) safe. A name like Prom Night Cherry makes light of sex and drinking during prom, and ignoring the role that binge drinking often plays in sexual assault, drunk driving, and other violence and injury, especially among teenagers and young adults.

Does getting drunk at your prom and losing your virginity sound like fun? Was that your experience? One you would like your daughter to have?

Let’s Look at the Facts

What You Can Do

Remember the power of one.  You can make a difference.  It all really does begin with you.

alcohol abuse among teens, alcohol use very likely to be involved in sexual assaults, girls getting drunk to have sex, girls pressured to have sex, girly thoughts, if drinking, loosing virginity, Oval Craft Brewery, parents and community groups try to keep Prom Night Safe, popping your cherry, Prom Night Cherry, sexual assault victims at greater risk for mental health problems, teenagers more likely to die in a crash, teens often use drink or use drugs on prom night, the legal age of alcohol use is 21, the power of one, using sex to sell alcohol to underage teens