Which Client is Sexually Addicted? 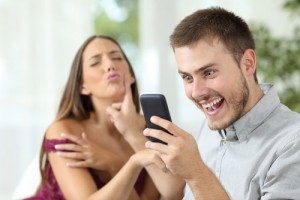 In today’s world, all sorts of people are misdiagnosed, by self or others, as sexually addicted. This occurs for any number of reasons. Recognizing this, it is imperative that addiction therapists and other clinicians learn to differentiate between those who are and those who are not sexually addicted. Otherwise, we risk over-treating and/or mistreating clients—either of which can be incredibly damaging.

In general, sexual addiction is diagnosed based on the following three criteria:

It is important to state here that sexual addiction is not in any way defined by who or what it is that turns a person on. As such, homosexuality, bisexuality, kinks, fetishes, and the like are not a consideration when diagnosing sexual addiction, even if those attractions and behaviors are ego-dystonic. Certainly people with these attractions and behaviors can be sex addicts, but they should only be diagnosed as such if they meet the benchmarks listed above.

Consider the criteria for sexual addiction in relation to the following three clients, asking yourself which of the young men are sexually addicted.

Max is a 22-year-old college senior. Until a few months ago he had a steady girlfriend, but when he told her that he didn’t want to get married after graduation, she broke up with him. Now he is experiencing significant anxiety about his life and has started seeing a therapist. In his first session, he tells his therapist he is actually relieved that his two-year relationship is over because he’s known for a long time that his former girlfriend isn’t “the one.” He also says that ever since the breakup he’s been looking at porn “a lot,” using it as a substitute for the time and sexual energy once spent with his girlfriend. He says that he first discovered Internet porn at age 15, and he has used it off and on ever since. He is still keeping up with his schoolwork—in fact, his grades have improved since the breakup—and he socializes at least a few times per week with his friends, either playing video games in his dorm suite or going to a local bar for beers and foosball. As of now, he has no real interest in dating, nor does he want to have casual sex. He says he is bothered by the anxiety he feels about his life, and he is worried that online pornography has taken precedence over real world sex and relationships. He asks his therapist if he might be a sex addict.

So who is the sexual addict: Max, who is worried he might be; Kevin, whose pastor says he is; or James, who insists he’s not?

A simple fact in today’s increasingly digital world is that there are multiple, often very different populations seeking treatment for sex/porn addiction and related symptoms. As with Max, some clients seek help because they’re situationally depressed and choosing to “numb out” with sexual behaviors (just as others might numb out with a cocktail). These individuals may or may not be sexually addicted. Either way, the basics of sex addiction treatment—stopping compulsive behaviors and learning healthier coping mechanisms—tends to significantly help this cohort. If they struggle with this early stage of treatment, a continued focus on sexual addiction may be in order. If they don’t struggle, then working on depression, anxiety, and social skills development tends to be more useful moving forward.

Other clients seek treatment because they’re engaging in sexual behaviors they find shameful or that the people around them find shameful, and they hope that sex addiction treatment will help them stop. This seems to be the case with Kevin. If, however, these clients do not meet the diagnostic criteria outlined above, they should not be treated as sexually addicted. In other words, ego dystonic sexual attraction and behaviors should not be misinterpreted as sexual addiction.

Still other clients seek treatment for the symptoms of sexual addiction, a la James, with no interest whatsoever in changing their sexual behaviors. If they truly are sexually addicted, as seems likely with James, these clients can be difficult to work with, as they’re not yet willing to address the underlying driver of their symptoms. In such cases, psychoeducation about the nature and consequences of sexual addiction is necessary, as is therapy geared toward breaking down denial. Sometimes sex addiction focused group treatment can be helpful in this regard, as the client may see his or her own behaviors and denial mirrored in other group members.

For more information about sexual addiction, check out my recently published books, Sex Addiction 101 and Sex Addiction 101, The Workbook. I also conduct an open-ended discussion about sex addiction on InTheRooms.com, Friday nights at 6 p.m. PST. If you have a client needing clinical assistance with sex addiction that you don’t feel qualified to provide, therapist and treatment referrals can be found here and here.

Robert Weiss LCSW, CSAT-S is Senior Vice President of National Clinical Development for Elements Behavioral Health, creating and overseeing addiction and mental health treatment programs for more than a dozen high-end treatment facilities, including Promises Treatment Centers in Malibu, The Ranch in rural Tennessee, and The Right Step in Texas. An internationally acknowledged clinician, Rob has served as a subject expert for multiple media outlets including The Oprah Winfrey Network, The New York Times, The Los Angeles Times, The Daily Beast, and CNN, among many others. He is also the author of several highly regarded books. For more information please visit his website at robertweissmsw.com or follow him on Twitter, @RobWeissMSW.