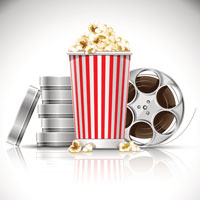 In back-to-back weeks two wide-release, A-list cast films examining the issue of sexual addiction were released. These are the first films directly addressing the issue since the critically acclaimed Shame hit theatres in 2011. Shame, as the few people who saw it will almost certainly remember, was a gritty depiction of an active sex addict at his absolute nadir. For the most part, the movie was difficult to watch, even for sex addicts. Many non-addicted viewers often walked away feeling both shocked and appalled by what they’d seen. Happily, the two recent films, Thanks for Sharing and Don Jon, are both lighthearted and significantly easier for the casual moviegoer to stomach.

My primary interest and concern with the new films, as a clinician who has actively treated sexual compulsivity for more than two decades, is their accuracy. Shame was a dead-on portrayal of active sex addiction. Do Thanks for Sharing and Don Jon measure up? With Thanks for Sharing the answer is an unqualified yes; with Don Jon, the answer is both yes and no.

Mike, played by Tim Robbins, has fifteen years sober in both AA and his sexual recovery program. He is married, with a drug addicted adult son. Adam, played by Mark Ruffalo, has five years of sexual sobriety, and is finally ready for the next step, which for him is healthy dating. Neil, played by Josh Gad, is a court-ordered newcomer, attending meetings to meet his legal obligations rather to find sobriety. Dede, played by Pink, is also new to sexual recovery, attending “S meetings” at the suggestion of her NA sponsor because the only way she knows how to relate to men is sexually, and being sexual nearly always results in substance abuse relapse for her.

At no point does Thanks for Sharing gloss over the gritty realities of active sex addiction or sex addiction recovery. We consistently see the desperate need to “self-medicate” uncomfortable emotions – if not with sex, then with food, exercise, or mind-altering substances. We see the lasting effects that active sex addiction has on family members (spouses and kids alike). We see that active addicts (and even people in recovery) have a tendency to find and latch onto other highly damaged people. And, most importantly, we see that sex addicts do not find or maintain sobriety on their own.

This last point is perhaps the highlight of the film. At one point Dede finds herself standing outside a very inappropriate ex-boyfriend’s apartment. In a moment of clarity, she phones Neil for assistance. Neil walks her through the potential slip, helping her to see that if she rings her ex’s doorbell she will almost certainly be high before the day is over. And the call helps not only Dede, but Neil, who was himself on the verge of acting out. This sort of thing really does happen in recovery!

In sum, both new films have much to recommend, Thanks for Sharing more so than Don Jon, which falters at the end with its incredibly inaccurate depiction of recovery. In fact, Don Jon may well mislead viewers about the ways in which porn addiction can effectively be dealt with, and, as such, it may be counterproductive from a recovery standpoint. That said, both of these films are recommended for clinicians hoping to gain better insight into the nature of active sex and porn addiction. For therapists interested in what sexual recovery looks like, Thanks for Sharing is terrific and highly recommended whereas that aspect of Don Jon should be discarded. If you have a client that you think might be dealing with a compulsive sexual disorder, these films can be useful as an educational tool, but they should be recommended to such individuals with caution, as both movies contain scenes that could easily trigger a sex addicted client’s desire to act out. For such patients, bookending the film with phone calls to you (or a sponsor if they are already in recovery) is a good idea. If you run an addiction-focused group therapy, a collective viewing of Thanks for Sharing could provide both safety and fodder for interesting, in-depth discussion afterward.