Can Teens Be Sexually Addicted? 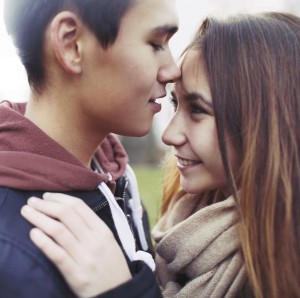 Do Bears Do Their Business in the Woods?

Asking whether teens can become sexually addicted is a bit like asking if they can become alcoholic or drug addicted. Of course they can. In fact, they are every bit as vulnerable as adults to addictions, perhaps more so because their emotional immaturity has prevented them from developing healthy coping skills. In short, problematic sexual behavior patterns can and sometimes do develop in adolescents, just as they do with adults.

And with all of this easy access to highly stimulating sexual activity, addiction is a constant threat, especially for those young people who are already vulnerable to life issues thanks to genetics and/or a dysfunctional family situation.

Males and females experience sexual arousal differently. Males are much more visually stimulated, and they are primarily interested in sexual body parts and overt sexual acts – the more the merrier. Females, on the other hand, are usually more aroused by porn that has an emotional connection (or at least the appearance of emotional connection). Over the years, pornographers have become more and more aware of this, and they are now actively creating erotica that appeals to a mostly female audience. For example, the highly sexualized romance novel Fifty Shades of Gray spent dozens of weeks atop the New York Times bestseller lists. Twilight, a sexually watered-down version of this type of erotica – aimed at a younger demographic (teen girls) – also topped the bestseller lists for weeks on end. The HBO series True Blood is another example, appealing to women despite its graphic depictions of violence. From this we might surmise that females (including adolescent females) are much more likely to become heavily involved with romanticized sexuality and “relationship-oriented” activities like video chat, social media, and “friend finder” websites and apps than to get hooked on more overtly sexual activities (like looking at hardcore porn). And this is exactly what sometimes occurs.

There’s an old joke in the sexual addiction treatment field: What is the difference between a teenager and a sex addict? The punch line is that there really isn’t an obvious answer. Put simply, teens are often hyper-obsessed with sex, and that’s actually a normal part of their development. How could they not be, with all those raging hormones? Nevertheless, teens absolutely can become sexually addicted.

Generally speaking, the main difference between healthy adolescent sexual experimentation and a behavioral disorder is that teens with a behavioral disorder are either compulsive or abusive with sex. In other words, sex becomes an all-consuming, driving force in their life. Consider a teenager who masturbates to pornography several nights per week before going to bed who is maintaining his grades, his social life, and other important aspects of life. This boy probably does not have a sexual addiction problem—even though his parents/pastor/teachers might be somewhat disturbed by his behavior (if they knew). Now consider a boy who is masturbating to pornography three to four hours nightly, whose grades are falling, who has lost interest in the girls (or boys) at school, who gets irritable if/when he does not have online access, and whose behavior in general is cause for concern. This boy may very well have a sex and/or porn-related issue that needs to be addressed.

Potential indicators of sexual addiction (as opposed to other types of addiction) in adolescents may include the following:

Kids who abuse pornography and other sexual fantasies and behaviors (virtual sex games, webcam sexual encounters, in-person sexual encounters, etc.) can suffer, over time, stunted emotional and psychological growth. (This is also true with adolescent substance abusers.) As such, without intervention and treatment, there is a good chance that these kids will struggle with dating, developing relationships, and experiencing vulnerability and intimacy later in life. In short, if a 12-year-old with no sexual or romantic experience is suddenly exposed to and becomes compulsive with hardcore pornography, that’s what his or her view of adult relationships is likely to become, which creates difficultly if/when he or she attempts to have a real-world romantic relationship. Etc.

In my next blog on this site, I will discuss confronting and treating adolescents who may be sexually addicted.