Does Virtual Sex Count as Cheating? 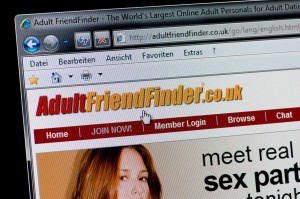 In the pre-Internet days of yore, defining sexual infidelity was a pretty straightforward endeavor. If a person was having sex outside his or her supposedly monogamous relationship, then he or she was cheating. Sometimes therapists had to explain to people that yes, oral sex still counts as sex (see: Bill Clinton). But in general those who were stepping out on their relationship knew exactly what they were doing – cheating! And when their partners found out what they were doing, they nearly always knew for certain that they’d been cheated on.

However, as our lives have moved increasingly into the virtual/digital arena, the once-clear line between fidelity and infidelity has gotten rather blurry. Technology has brought with it numerous relationship gray areas, such as:

Somewhat amazingly, the above questions are merely the tip of the iceberg when it comes to the use of digitally driven sex outside a primary relationship. Essentially, though, question that begs to be answered is this: “Is live, in-person, skin-to-skin contact required for sexual infidelity, or does online sexual activity count equally?” In response to this question, having spent more than two decades treating and writing about a wide variety of sex and intimacy issues, I have formulated a new, digital-age definition of sexual infidelity:

Sexual infidelity is the breaking of trust that occurs when sexual and/or romantic secrets are deliberately kept from one’s primary intimate partner.

This definition encompasses both in-the-flesh and digital behaviors of all kinds, taking into account the fact that with infidelity it is not usually any particular sexual act that causes the most emotional pain and relationship strife, it’s the lying and the keeping of secrets – i.e., the betrayal of relationship trust. After all, when I speak to cheated-on spouses they tell me various version of the same thing over and over: They are angry that their partner has been cheating on them, and that will hurt for a long, long time, but what really breaks their heart is the constant lying. Their deepest pain comes from the fact that the person they most expected to have their back, the one person they most trusted and believed in, has been keeping secrets from them and lying to them on a regular basis. In more clinical terms, one might think of this as a ruptured attachment.

This definition also takes into account the fact that the “monogamy box” is not right for every relationship. Once upon a time, marriage meant a lifetime of sex with your spouse and nobody else. But many of today’s couples, especially younger couples, are more accepting of extramarital sex, be it online or in-person. In fact, lots of couples now have “open” relationships with varying degrees of sexual flexibility. And, as a therapist, I have no judgments about this. If a couple can mutually agree (without coercion or manipulation) that extramarital sex is fine for them or that certain types of extramarital sex are fine for them, and that behavior doesn’t diminish their relationship or their emotional bond, then more power to them.

However, after working with hundreds (maybe thousands) of cheating spouses and their betrayed partners over the years, I can assure you that extramarital sex is typically not a mutually agreed upon activity. Rather, one partner believes that he or she is in a monogamous relationship and values that fact, while the other does as he or she pleases, telling himself/herself that he/she isn’t hurting anyone. Sadly, this is a lie. In reality, secretive sexual infidelity causes a great deal of pain and consternation to the cheated-on spouse – even before the behavior is uncovered, because secret-keeping cheaters tend to pull away emotionally and sometimes even physically, causing the betrayed spouse to wonder why this is happening and if he or she has in some way caused it. And when the behavior is finally uncovered, as it nearly always is, things really hit the fan. One study looking at the wives of sex addicts (i.e., serial cheaters) found that after learning about all of the lies and sexual infidelity, many of the betrayed spouses experienced symptoms characteristic of posttraumatic stress disorder. Serious stuff!

That said, it is rather obvious that social mores are changing when it comes to sex outside a primary relationship, and pretending that’s not the case is just plain silly. Yes, non-monogamy is still generally discouraged, but it is becoming more culturally acceptable by the day. This means that porn use, social media flirting, sexting and similar activities may be viewed within the context of some relationships as perfectly OK and non-hurtful, so long as neither party in the relationship is keeping secrets about those behaviors. So perhaps the new paradigm for fidelity is that sex outside a marriage (or any other long-term relationship) is something that can be negotiated prior to or even during the relationship. This behavior should not, however, occur in secret. If that’s the case, then the individual doing it is guilty of sexual infidelity.

As therapists, we must acknowledge and accept that the definitions of relationship fidelity and infidelity are in flux, and we do not automatically know what works for any particular couple. Nor do we know what the future will bring in this regard. As such, when working with couples who are struggling, we must take this into account, asking pointed questions to uncover what is and isn’t acceptable to each partner, and then encouraging honest communication and mutual agreement rather than pushing for a particular version of fidelity that may seem right to us but outdated to our clients.

Robert Weiss LCSW, CSAT-S is Senior Vice President of Clinical Development with Elements Behavioral Health. A licensed UCLA MSW graduate and personal trainee of Dr. Patrick Carnes, he founded The Sexual Recovery Institute in Los Angeles in 1995. He is author of Cruise Control: Understanding Sex Addiction in Gay Men and Sex Addiction 101: A Basic Guide to Healing from Sex, Porn, and Love Addiction, and co-author with Dr. Jennifer Schneider of both Closer Together, Further Apart: The Effect of Technology and the Internet on Parenting, Work, and Relationships and Always Turned On: Sex Addiction in the Digital Age. He has developed clinical programs for The Ranch in Nunnelly, Tennessee, Promises Treatment Centers in Malibu, and the aforementioned Sexual Recovery Institute in Los Angeles. He has also provided clinical multi-addiction training and behavioral health program development for the US military and numerous other treatment centers throughout the United States, Europe and Asia. For more information you can visit his website, www.robertweissmsw.com.