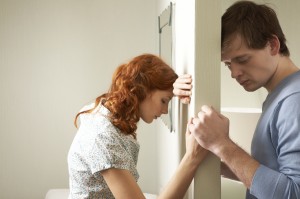 Tolerance: Tolerance occurs when the body needs increasingly larger or more potent doses to get the same effect from an addictive substance or a behavior.

Escalation: Escalation occurs when a person indulges his or her tolerance to an addictive substance or behavior with larger or more potent doses.

Addicts of all types almost universally experience tolerance to their substance/behavior of choice and a corresponding escalation in their usage of that substance/behavior. This is relatively easy to picture and comprehend with substance abuse; less so with behavioral addictions. After all, pretty much anyone who’s ever had a cocktail knows that the first time you drink, you only need a beer or two to feel high. Meanwhile, a few years later, after drinking has become a common practice, the same reaction typically occurs only after three or four beers. And that’s for drinkers who are not alcoholic!

For whatever reason, this is more difficult to comprehend with potentially addictive behaviors (such as sex). In fact, most people who are not addicted to a behavior seem to think that pleasurable behaviors should always provide the same rush no matter how often you engage in them. However, sex addicts know that this is absolutely not the case. In the same way that substance addicts must take more of a drug or a stronger drug to achieve and maintain the high they seek, sex addicts (and other behavioral addicts) must either spend increasing amounts of time in their addiction or raise the intensity level of their addictive activity.

When one understands the basic neurochemistry of addiction, this is actually not surprising. Essentially, in a non-addicted brain the nucleus accumbens (often referred to as the brain’s “pleasure center” or “rewards center”) responds to naturally occurring, life-affirming stimuli – eating, relaxing, helping others, achieving success, being sexual, etc. – with feelings of pleasure. This pleasure results from the release and reception of various neurochemicals in the brain – most notably dopamine, but also adrenaline, oxytocin, serotonin, and a few others. For instance, a good meal causes the release of dopamine into the rewards center, where said dopamine attaches to dopamine receptors, creating the sensation of pleasure. (Pleasure doesn’t happen until dopamine “plugs in” to a receptor.) This and similar life-affirming activities are rewarded because they ensure survival of both the individual and the species. This is intelligent design at its finest.

Unfortunately, the best laid plans of mice, men, and human evolution sometimes go awry. With addictions, this occurs when the rewards center is either manipulated or fooled. The easiest way to do this is to artificially stimulate the system by ingesting an addictive substance – nicotine, alcohol, cocaine, heroin, etc. These substances create the same basic pleasure reaction, but bigger. In fact, they typically flood the brain with anywhere from two to ten times the level of dopamine provided by normal pleasure-inducing stimuli. Is it any wonder we go back to these substances again and again and again?

Now I can begin my discussion of tolerance and the need for escalation. Essentially, the human brain is surprisingly malleable, adapting over time to whatever inputs it receives. So, as addictive inputs are repeatedly received, the brain adjusts to the flood of dopamine that’s roiling around the rewards center by producing less dopamine and/or reducing the number or dopamine receptors. (Again, dopamine is experienced as pleasure only after it plugs in to a receptor.) In other words, as addiction sets in, the brain is conditioned to expect artificially inflated levels of dopamine, and it “heals itself” in ways that reduce the impact thereof. As such, the amount of stimulation that got a person high when he or she first started using (simultaneously providing the secondary gain of emotional escape) might have very little impact by the time addiction sets in. And this is true regardless of whether the addictive stimulation is caused by a substance or a behavior because the neurochemical reaction – the dopamine rush – is the same either way.

It’s common knowledge that almost nobody shoots up with meth or heroin right out of the gate. Instead, drug addicts start with marijuana and alcohol. As their tolerance builds, they smoke and drink more of those substances, and they experiment with harder drugs, perhaps crushing and snorting prescription painkillers or ADHD meds for a more powerful high. In time, they find themselves with a needle in their arm and little to no idea how they got there – all because their brains have gradually adjusted to excessive levels of dopamine (and the other pleasure inducing neurotransmitters).

Some relatively common forms of sex addiction escalation include (but are not even remotely limited to) the following:

So, as occurs with all addictions, sexual addiction nearly always escalates in terms of time and/or intensity level. And sooner or later, without intervention, these escalated behaviors result in profound life consequences. Over time, sex addicts neglect the people who are important to them (children, spouses, friends), interests (recreation, self-care, creativity), and responsibilities (work, finances, family) – all so they can spend hours, sometimes even days, in a fantasy-based, neurochemically elevated state. As their addiction escalates, their sexual activities may even violate their inherent values and beliefs (relationship fidelity, safer sex, not lying to or hurting others, etc.) For many, this is the cruelest and most painful consequence of all.