Can You Really Be Single, Sexless, and Happy? 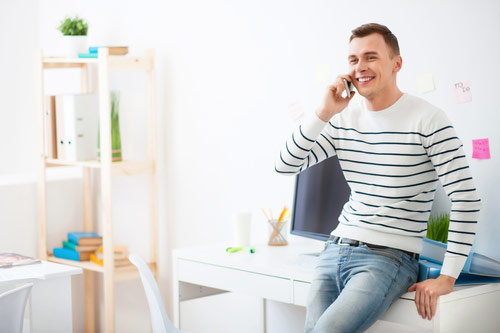 Not long ago, in response to a cultural shift I’ve observed in recent years, I coined the term “sologamy,” defining it as the state of being single and not wanting a romantic or sexual relationship.

Once upon a time, of course, sologamy was almost unthinkable. Living solo was looked upon as highly undesirable and something no self-respecting individual wanted. We actually used unflattering phrases like “old maid” and “confirmed bachelor” as descriptors, hinting at frigidity, lack of personality, possible homosexuality, and the like. At best, long-term singledom was frowned upon; at worst it was viewed as a sign of serious moral failings. So people responded accordingly, coupling up no matter what.

As a result, in the 1950s a mere 4 million American adults lived alone, and only 22 percent of the adult population was unmarried. (And that percentage would likely have been several points lower if researchers had been willing to consider long-term same sex relationships as the equivalent of marriage.) Today, 32 million Americans live alone, and half of the adult population is unpartnered. Perhaps more telling is the fact that living alone is now the second most stable living arrangement as measured over a 5 year period, trailing only “married with children.”

So it appears that plenty of 21st century Americans are perfectly happy being single and not sharing space with other human beings. But that is not quite sologamy, the subject matter of this article. Sologamy is all of that plus intentionally abstaining from a romantic or sexual relationship. In other words, sologamists are singletons who aren’t taking advantage of the primary perceived benefits of being single: dating and sleeping around.

As a therapist and a person who believes strongly in the power of and need for emotional bonding and intimate attachment, it would be relatively easy for me to automatically pathologize any individual who professed a desire for sologamy. After all, that particular lifestyle makes little sense to me, and in my own life it would leave me feeling deeply unfulfilled. However, like a heterosexual therapist treating a homosexual client (or vice versa), I have to accept that maybe my client’s sexual/romantic orientation is perfectly healthy even though it differs greatly from my own. In other words, I must empathize with and accept my client as he or she is, rather than judging and possibly pathologizing that person.

Over the years I have treated a few (though only a few) sologamist clients. Consider Raphael, a darkly handsome 38-year-old artist who came to me mostly at the urging of his friends, who seemed to think there was something wrong with a powerfully attractive and virile appearing man not dating or having sex for more than five years. In therapy Raphael told me, “I just never really enjoyed romance or sex with other people. It always felt like a lot of effort with not much payoff. So I gave it up. Today, if I want to feel connected I hang out with friends. And if I feel sexual, which does happen sometimes, I just take care of things myself. No hassle, no complications.” More importantly, Raphael insisted that he was not in any way lonely. “I have wonderful relationships with a couple of really close friends. I share everything with them. I don’t feel like I’m missing anything at all by not having a romantic or sexual partner.”

Another sologamist client, Kim, a tall and lean 27-year-old fitness instructor, came to me because she felt depressed—not about the fact that she didn’t want to have sex or a romantic relationship, but because her girlfriends and her mom were continually telling her that this was abnormal and there was clearly something wrong with her. In therapy Kim said, “My mother asked me one time if maybe somebody sexually abused me when I was a girl, and now I’m afraid of sex. Another time she asked if I was a lesbian, because apparently if I was a lesbian it would be OK (in her mind) for me to not have sex.” Much like Raphael, Kim felt that she wasn’t really missing out on anything important. “I have plenty of great friends and I’m really close with my mother. Except for my nonexistent romantic life, I can talk to any of them about anything and get really great support.”

In general, sologamist clients like Raphael and Kim are less concerned about their lack of romance and sex and more concerned about the fact that others in their life are continually trying to pathologize their orientation. They say things like, “I’d rather be alone than wish I was alone, which is what would happen if I was in a relationship. I just wish my friends and family weren’t so darn freaked out by this.” These sologamist individuals seem to innately understand that they’re not wired for a traditional relationship, just as gay people innately understand that male-female sexuality is not for them. Also similar to homosexuality, sologamists must sometimes deal with friends, family, and others who just don’t get it.

As a therapist, of course, even if I don’t fully understand sologamy and know it wouldn’t work for me, I need to accept it as a real and reasonable possibility for some individuals. Thus, I must counsel sologamist clients in ways that empower rather than diminish their orientation, just as I would counsel an ego-dystonic or societally/familially traumatized gay person.

The key to happiness for sologamist clients is not sex or romance; it’s emotional connection. If a sologamist client is sitting alone in a dark room with a disconnected phone and tin-foil on the windows to block the light, that’s a problem, and I will treat that person’s depression, anxiety, and underlying trauma issues plus whatever else a full clinical assessment uncovers. If, however, a sologamist client has a solid social life, meaningful emotional support, and a sense of being connected to other people and the world at large even though he or she lives alone and has no interest in being romantic or sexual, I’ll focus on helping that person accept sologamy as an orientation, and, if necessary, on educating the client’s friends and loved ones about the nature and validity of this lifestyle.

At the end of the day, it’s not the quantity or the type of interpersonal connections a person has that indicates emotional wellbeing vs. pathology, it’s the quality of those connections—the level of emotional intimacy involved. For instance, plenty of people are married and have regular sex but feel completely alone and disconnected. Any therapist who’s been in business for more than a few days has run into that scenario. And we never for an instant question this fact. So why should we question the idea that clients who are single and sexless can nevertheless feel connected and emotionally fulfilled? The simple truth is we shouldn’t.

Certainly sologamy is not for everyone. It’s definitely not for me, nor is it an option for most of the people I know. However, I and other therapists need to accept the fact that sologamists do exist, and they typically do not feel lonely or deprived or disconnected. Some individuals truly can be single and sexless while still maintaining meaningful, emotionally intimate relationships that work for them—even if those connections seem nontraditional to most other people (including therapists).