Sex and Love Addiction: The Signs of an Intimacy Disorder in Women 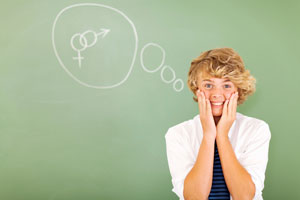 I wrote in a previous blog about the universal signs and symptoms of sexual addiction, noting that all sex addicts display, in some form or fashion, the following:

I also noted the common presence of tolerance, escalation, emotional and psychological withdrawal, and denial.

Beyond the universal signs and symptoms, there are several gender-specific things that clinicians might look for in their patients. For instance, most male sex addicts act out in readily recognizable sexual forms such as compulsively viewing pornography, hiring prostitutes, and anonymous sexual hookups, whereas female sex/love addicts tend to view their behavior in terms of intense emotional connections or preoccupations. Because of this, upon entering therapy male sex/love addicts typically report their sexual behaviors, while women tend to report romance-oriented symptoms such as a history of short, failed relationships, inappropriate relationships, abusive relationships, neglectful relationships, etc.

The simple truth is women experience sex differently than men, so even when a female sex/love addict is having sex in the same ways and with the same frequency as a male sex/love addict, she typically won’t self-identify as having a sexual problem. Instead, she is likely to describe her troublesome behavior as an ongoing issue with relationships, a tendency to pick the wrong partner, or an inability to connect in an emotionally intimate way.

You Don’t Know Until You Ask

Clinicians who identify these and similar behaviors in their female patients are encouraged to further explore adult patterns of sexual and romantic behavior in non-graphic depth, as sex/love addiction may be a core issue. This means asking difficult, uncomfortable questions about pornography, masturbation, and partner sex, along with questions about “falling in love” and being emotionally intimate. Therapists should definitely be aware of the fact that most women will more easily identify with terms like “love addiction” and “intimacy disorder” than with the term “sex addiction,” even if their behaviors clearly speak to problem patterns of sexual behavior. (I will examine the subtle differences between love addiction and sex addiction in a future blog.) Frankly, it doesn’t matter what label a clinician and addict choose to attach to the problematic behavior, as long as it is identified and addressed with some form of accountability-based behavioral treatment (CBT preferred), along with 12-step or faith-based recovery groups. Most female sex/love addicts prefer Sex and Love Addicts Anonymous (SLAA) to other 12-step sexual recovery programs.

Sadly, sexual addiction in women is often diagnosed only after they seek treatment for a co-occurring issue such as drug addiction, severe trauma, or an eating disorder. During treatment for the co-occurring problem, sex/love addiction often crops up (when these women attempt to self-medicate the emotional discomfort of being in treatment for the co-occurring issue by engaging in intensely arousing and highly dissociative sexual/romantic fantasies and behavior). Sometimes women like this are kicked out of their inpatient or intensive outpatient treatment programs because while there they are behaving in sexually inappropriate ways toward other patients or even staff. The gender-separate Center for Relationship and Sexual Recovery at The Ranch in Tennessee actually specializes in the treatment of such women. That said, if clinicians become better at diagnosing sex and love addiction early on by looking for clues and asking the right questions, many of these failures may be avoided in the future.