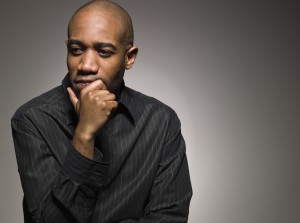 If you are a recovering alcoholic or drug addict with solid support and a lot of motivated willingness to get well, you can make it through the rest of your life without taking another drink or abusing an addictive drug. Similarly, compulsive gamblers can live a full and happy lives without ever re-entering a casino, betting on the stock market, or playing fantasy football. But for those who struggle with addictions to otherwise highly life-affirming activities like eating and sex, recovery can at times be a daily battle. After all, compulsive eaters in recovery must still eat on a regular basis. And recovering sex addicts, even if they’ve previously had enough sex to populate China, usually still want (and deserve) to have a healthy sexual and intimate life in recovery.

However, as mentioned in a previous posting to this site, triggers toward addictive sex are relatively unavoidable. Recovering sex addicts inevitably run into attractive people, see sexual acts depicted in movies and on TV, spot their friend’s Victoria’s Secret catalog on the coffee table, etc. To be honest, triggers toward sexual addiction are almost infinite in both number and variety, and there is not much that recovering sex addicts can do about that beyond learning to recognize when they are feeling triggered and, equally importantly, how to respond in healthy rather than addictive ways.

Knowing this, most sex addicts are encouraged to put together a Sexual Sobriety Toolbox that they can reach into when tempted to act out. In fact, using one or more of these tools is typically the only way to short-circuit the cycle of sexual addiction. A few of the healthy coping mechanisms that most sex addicts find effective include:

Needless to say, the five suggestions listed above are hardly the full toolkit. Journaling, accountability partners, written recovery work, meditation, prayer, practicing gratitude, reading recovery-oriented books, developing healthy hobbies, and all sorts of other healthful actions work equally well. That said, the most powerful tool in the sexual recovery toolbox nearly always involves talking to another recovering sex addict. As such, the sex addicts who do best in recovery are the ones who willingly throw themselves into the sexual sobriety community – making friends, making and taking recovery-related phone calls, fully engaging in their support group meetings, and willingly being of service to other recovering sex addicts.